The words "Last picture taken before his/her death" conjure up many emotions, whether in front of the camera or behind it. This list consists of 10 last time stamps in history taken of and by some fascinating individuals. If anyone has new or conflicting information concerning the photos or information in this list I hope you will share it in your comments.
John and Jackie Knill
On January 13, 2005 the bodies of Canadian couple John and Jackie Knill were discovered on a Thailand beach resort. They were two of the many victims killed from the December 26 2004 tsunami. Weeks later a Seattle man doing relief work found a damaged camera and discarded it but kept the memory card in the camera. After downloading the images he discovered pictures of the Knill's enjoying their vacation, as well as shots of a huge wave approaching the shore. With each picture it shows the wave getting closer and closer to shore. The last picture taken of them before the wave hit (shown above) was shot just after 8.30 am on December 26.
Interesting Fact: The Seattle man that discovered the images recognized the Knills from a missing person's web site and contacted the couple's two sons in Vancouver Canada. The man then drove from Seattle to Vancouver to give the sons their parent's last images. 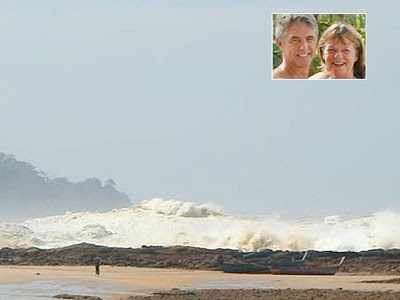 Wiley Post & Will Rogers
1898 1935, 1879 - 1935
Wiley Post who was the first pilot to fly solo around the world and his good friend Will Rogers a famous comedian, humorist and social commentator were set out to fly around the world together. This photo (that's  Will Rogers in the hat and tie, standing on the wing) was taken on August 15, 1935 shortly before taking off from a lagoon near Point Barrow Alaska. During take off Post's experimental Lockheed Explorer sea plane crashed when its engine failed killing both men.
Interesting Fact: The airport in Barrow Alaska was renamed Wiley Post - Will Rogers Memorial Airport. 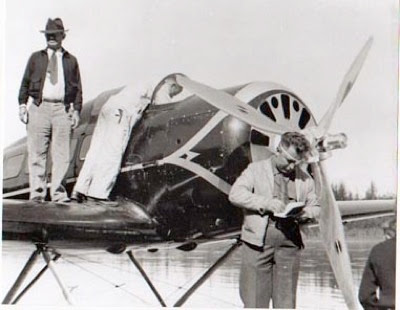 Albert Einstein
b.1879 d.1955
The photograph above is the last known picture of Einstein, taken in March, 1955. There are not a lot of details concerning this photo but he is probably at his home near Princeton, New Jersey. A month later on April 17, 1955, Einstein experienced internal bleeding caused by the rupture of an aortic aneurysm, which had previously been diagnosed and reinforced. He went to the hospital and took a draft of a speech he was preparing for a television appearance commemorating the State of Israel's seventh anniversary with him. Unfortunately he did not live long enough to complete it. The following day Einstein died at the age of 76.
Interesting Fact: Einstein's brain was removed within seconds of his death (without the permission of his family) in hope that future neuroscience would be able to discover what made Einstein so intelligent. Recent scientific studies have suggested that regions involved in speech and language are smaller, while regions involved with numerical and spatial processing are larger.

Marilyn Monroe
b.1926 d 1962
Many believe Celebrity photographer George Barris took the last pictures of Marilyn Monroe. However, it was actually Life Magazine's photographer Allan Grant. The pictures were taken July 7, 1962 during an interview at her home. Six pictures appeared in Life including the one pictured above.
Just under a month later on August 5, 1962, the LAPD received a call at 4:25AM from Dr. Hyman Engelberg proclaiming that Monroe was dead at her home in Brentwood, Los Angeles. The official cause of Monroe's death was classified as .œacute barbiturate poisoning. , and was also recorded as a .œprobable suicide. Many questions still remain unanswered about the circumstances of her death and the timeline from when Monroe.™s body was found.
Interesting Fact: The Life Magazine issue featuring Monroe's interview was dated August 3 1962, just 2 day before her death. 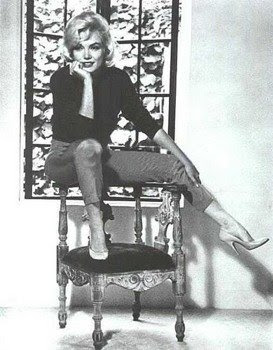 Bill Biggart
1947-2001
Photojournalist Bill Biggart was covering the events of September 11th and was Tragically killed as the second tower of the World Trade Center came down. Four days later Biggart's body was recovered from the rubble and his personal effects, including his cameras were given to his wife. Biggart's widow later handed over the camera bag to a good friend and fellow photographer. She was convinced that no pictures had survived because the falling debris had blown off the backs of the two film cameras and the lids of the film canisters had been peeled back. His friend turned his attention to the digital camera that was covered by ash. The lens had been sheared off but when he opened the chamber that held the flash card he discovered it was in pristine condition. The card contained 150 pictures including the last picture taken shown above which is time stamped 10:28 am and 24 seconds. The time was 10:30am when the second tower came down.
Interesting Fact: When Biggart's wife reached him on his cell phone shortly after the first tower fell. He told her not to worry, and would meet her in 20 minutes at his studio"I'm safe,. he assured her, "I'm with the firemen.. It was the last time they ever spoke. About 20 minutes later, the second tower collapsed 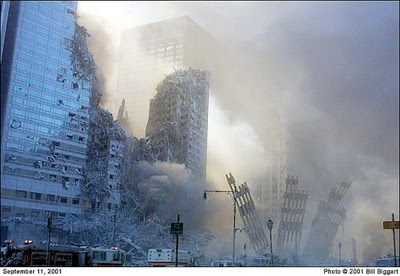 Abraham Lincoln
b.1809 1865
There is some controversy as to which photograph is the last picture of Abraham Lincoln taken before he was assassinated. I ran across three different photos on the Internet that claim last picture. However from information recently discovered the general consensus is the photo pictured above is the one. It was taken by Henry J. Warren during a photo session around the time of his inauguration. Mr. Warren took some candid photographs of crowd scenes on March 4th and two day later on March 6th Warren took this picture out on the White House Balcony.
A little over a month after this picture was taken on April 14, 1865 Lincoln attended a play at Ford's Theater. John Wilkes Booth a well-known actor and a Confederate spy from Maryland crept up behind the President's box and waited for the funniest line of the play, hoping the laughter would cover the noise of the gunshot. When the laughter came Booth jumped into the box with the President and aimed a single-shot, round-slug .44 caliber Derringer at his head, firing at point-blank range.
Interesting Fact: As mentioned above many Internet sites claim a different last picture taken of Lincoln claiming a date of April 10, 1865. (Just 4 days before the assassination) New evidence indicates what they thought was the last photo was used to paint a portrait. That particular portrait was painted February 5th 1865. This being the case, the Warren photo suddenly became the last picture taken of Lincoln alive. 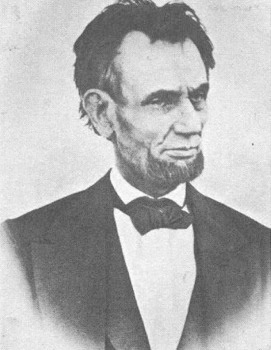 Anne Frank
b.1929 d.1945
This is believed to be the last known photo of Anne Frank with her sister Margot taken in early to mid 1942. Later that year In July her sister Margot would be among the first to receive notice that she was to be sent to Nazi Germany ordering her to report for relocation to a work camp. Anne was then told by her father that the family would go into hiding. The Frank family was discovered and arrested on the morning of August 4th 1944. Having been arrested in hiding, they were considered criminals and were sent to the Punishment Barracks for hard labor. In March 1945, a typhus epidemic spread through the camp and killed approximately 17,000 prisoners. Witnesses later testified that Margot fell from her bunk in her weakened state and was killed by the shock, and that a few days later Anne Frank died.
Interesting Fact: In April 1945 just weeks after Anne Frank's death, the camp was liberated by British troops. 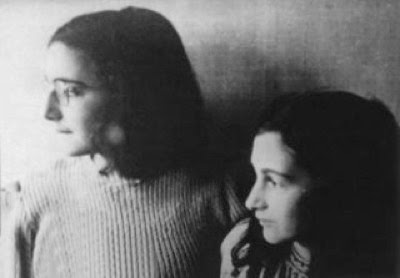 Adolf Hitler
1889 1945
This last know picture of Hitler was taken approximately two days prior to his death as he stands outside his Berlin bunker entrance surveying the devastating bomb damage. With Germany lying in ruins after six years of war, and with defeat imminent, Hitler decided to take his own life. But before doing so, he married Eva Braun and then penned his last will and testament. The next day in the afternoon on April 30, 1945 Braun and Hitler' entered his living room to end their lives. Later that afternoon the remaining members of the bunker community found Hitler slumped over, and blood spilled over the arm of the couch. Eva was sitting at the other end. Hitler had killed himself by biting down on a cyanide capsule while shooting him self in the head. Eva only used the cyanide capsule.
Interesting Fact: When Hitler asked his physician to recommend a reliable method of suicide his doctor suggested combining a dose of cyanide with a gunshot to the head. 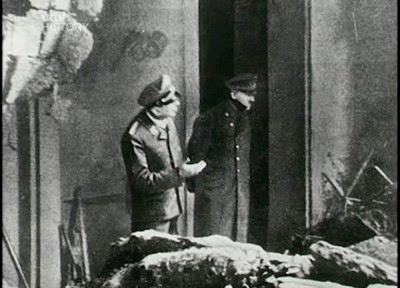 Elvis Presley
1935 1977
This last known photo of Elvis was taken on August 16 1977 at 12.28am. The picture was snapped as he is pulling into Graceland after a night out. That afternoon Presley was found on his bathroom floor by fiancée, Ginger Alden. According to the medical investigator, Presley had "stumbled or crawled several feet before he died. ; he had apparently been using the bathroom at the time. Death was officially pronounced at 3:30 pm at Baptist Memorial Hospital.
Interesting Fact: Elvis had visited his dentist on August 15th to have a temporary crown put in and has been suggested that the codeine the dentist gave him that day resulted in an anaphylactic shock that assisted in his death because he had suffered allergic reactions to the drug previously. 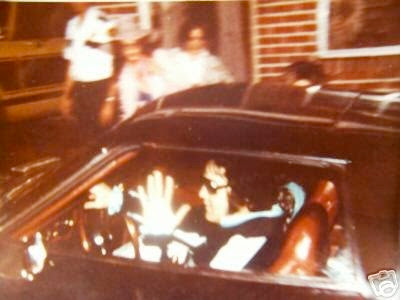 Lady Diana
1961 d.1997
Last year when the long-awaited inquest into Lady Diana's death began, this picture was released that shows the last picture taken before the crash. The press competed to be the first to print it even though the last photo ended up just showing part of her hair. Unfortunately and ironically photos like this one ended up contributing to the crash that ended her life.
The photo shows the four speeding away from the Ritz Paris At around 12:20 a.m. on August 31, 1997 with Henri Paul the hotel driver, right, and Dodi Fayed's bodyguard Trevor Rees-Jones in the passenger seat. In the rear seat is Princess Diana (looking back at the pursuing paparazzi) with Dodi Fayed sitting next to her. Seconds after this picture was taken the Mercedes entered the Place de l'Alma underpass going at an estimated speed of 105 km/h (65 mph.) The driver lost control of the car and swerved to the left before colliding head-on with one of the pillars in the tunnel. Dodi Fayed and Henri Paul both died instantly. Trevor Rees-Jones was still conscious and had suffered multiple serious injuries to the face. Diana was critically injured but died later that morning in the hospital leaving Rees-Jones the only survivor.
Interesting Fact: As the casualties lay seriously injured or dead in their wrecked car, the photographers continued to take pictures. Critically injured Diana was reported to murmur the words, "oh my God,. and after the photographers were pushed away by emergency teams, the words, "leave me alone. . 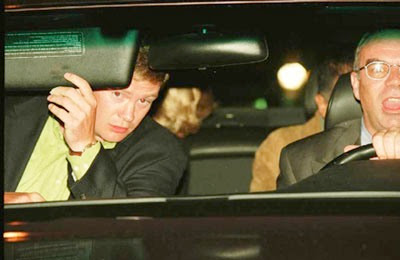 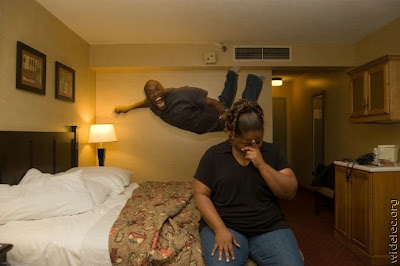 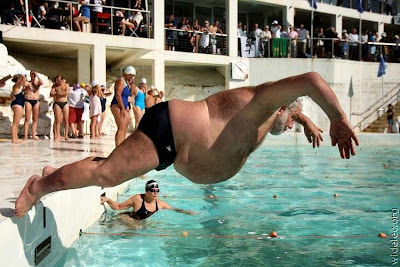 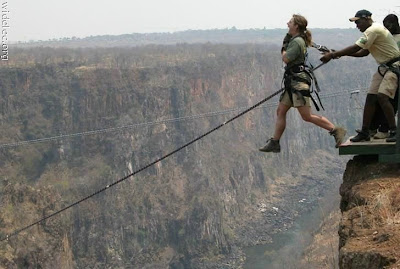 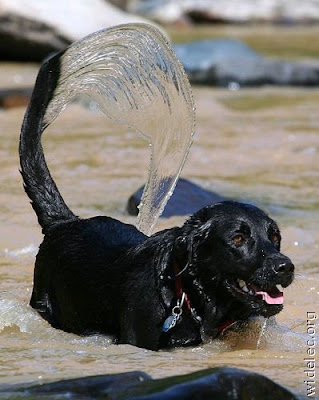 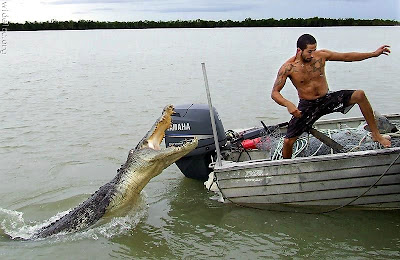